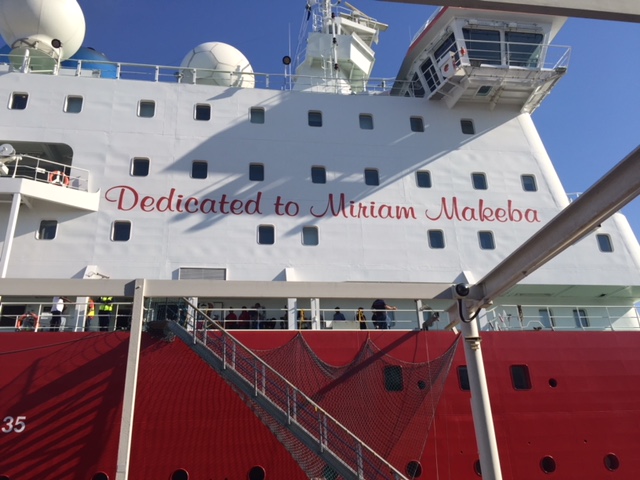 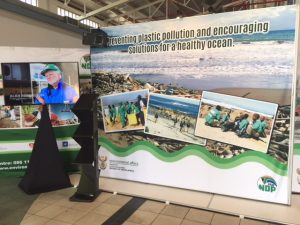 On Oceans Day 9 June this year South Africa’s SA Agulhas 2 was opened to the public in Durban. Groups of people were taken through this beautifully maintained ship, shown its different areas, and told how scientific research on the ship takes place. Onboard laboratories 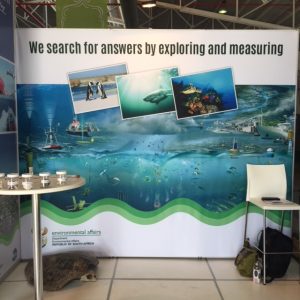 were used by scientists to conduct marine, environmental, biological and climate research.

The SA Agulhas 2, it was explained, is an ice-breaker and visits the Antarctic and subantarctic regions. It is capable of carrying enormous amounts of cargo for resupplying polar research stations. One such station is Marion Island in the subantarctic. The ship cannot dock anywhere on this island so helicopters, carried onboard, are used to ferry crew and supplies from the ship to the island. The helicopters are kept in temperature-controlled bays so as to prevent the fuel or instruments malfunctioning in the icy conditions.

The helicopter bay onboard the SA Agulhas 2

On the open day young people and their parents were particularly interested in the work conducted on and by the ship from a careers point of view.

Prior to entering the ship, members of the public browsed through a number of displays in the adjacent terminal. All were very informative, educational, and designed to raise awareness about the desperate need 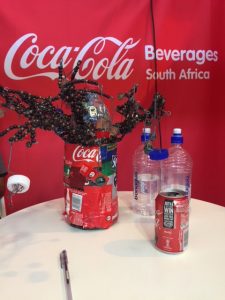 for us to protect South Africa’s extensive coastline and oceans in general. Did you know, said Wild Oceans, for instance, that only 0.4% of SA’s coastline is under protection? A KZN example of a Marine Protected Area (MPA) is the iSimangaliso Wetland Park in St Lucia which has boasted the largest and oldest land and sea mammals in the world (the blue whale, coelacanth, elephant and rhinoceros). Umhlanga’s well-known and well-run Sharks Board conducted regular shark dissections on the day. 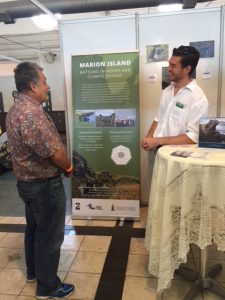