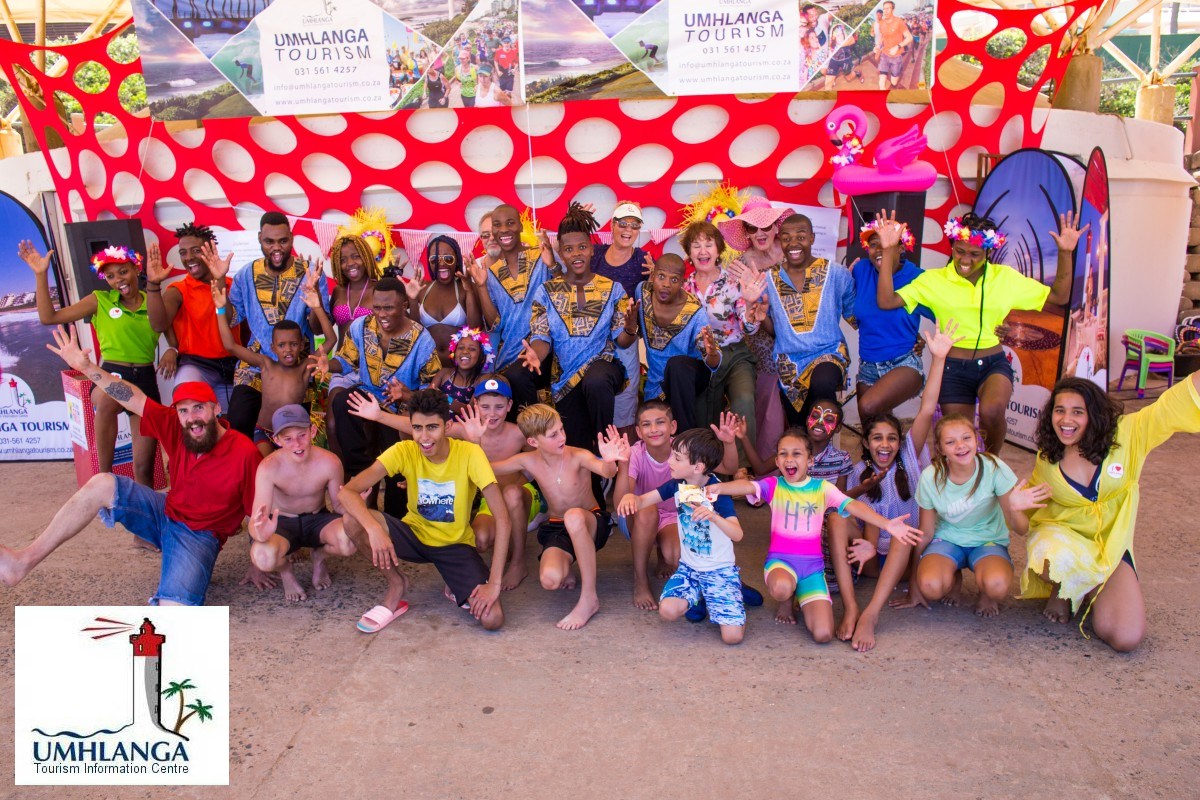 Young Mbazo – get this – are the grandchildren of musician Joseph Shabalala, founder of the hugely successful Ladysmith Black Mambazo. Young Mbazo were part of the Umhlanga Tourism Summer Festival fun and games on Millennium Stage, Main Beach, entertaining beachgoers and adding to the fantastic atmosphere on Sunday 16 December.

Of their music style Babuyile Shabalala explained that the group wanted to emulate the success of their grandfather’s award-winning group, but at the same time create an identity of their own. Their Isicathamiya music, said Babuyile, ‘is not just for the Shabalalas. It’s for the whole world. Hence we have decided to take it the way that we have and add the contemporary styles like your hip hop, your soul, your RnB…We’ve brought on different collaborations to showcase the style but still keep it 90-percent indigenous.’

A different style of culture completely, but nonetheless ‘indigenous’, was the Linda Vargas Flamenco Dance Company which opened proceedings at the Miss Umhlanga Beauty Pageant on Monday 17 December.

This Spanish Dance Company started over 35 years ago and have built a loyal and extensive following of dance and culture in South Africa – whilst developing a style and ethos that is also unique to Durban and South Africa, where all its performers have come from. The Company has worked with world-renowned directors and choreographers; performed collaboratively with the likes of The Playhouse Dance Company, NAPAC, PACT, and CAPAB; and have travelled South Africa extensively.

The multicultural fusion of music and dance which gave rise to flamenco stands testament to the power and beauty of cultural fusion in art. It was a treat to have their vivacious dancers adding to the cultural at this year’s Umhlanga Summer Festival.