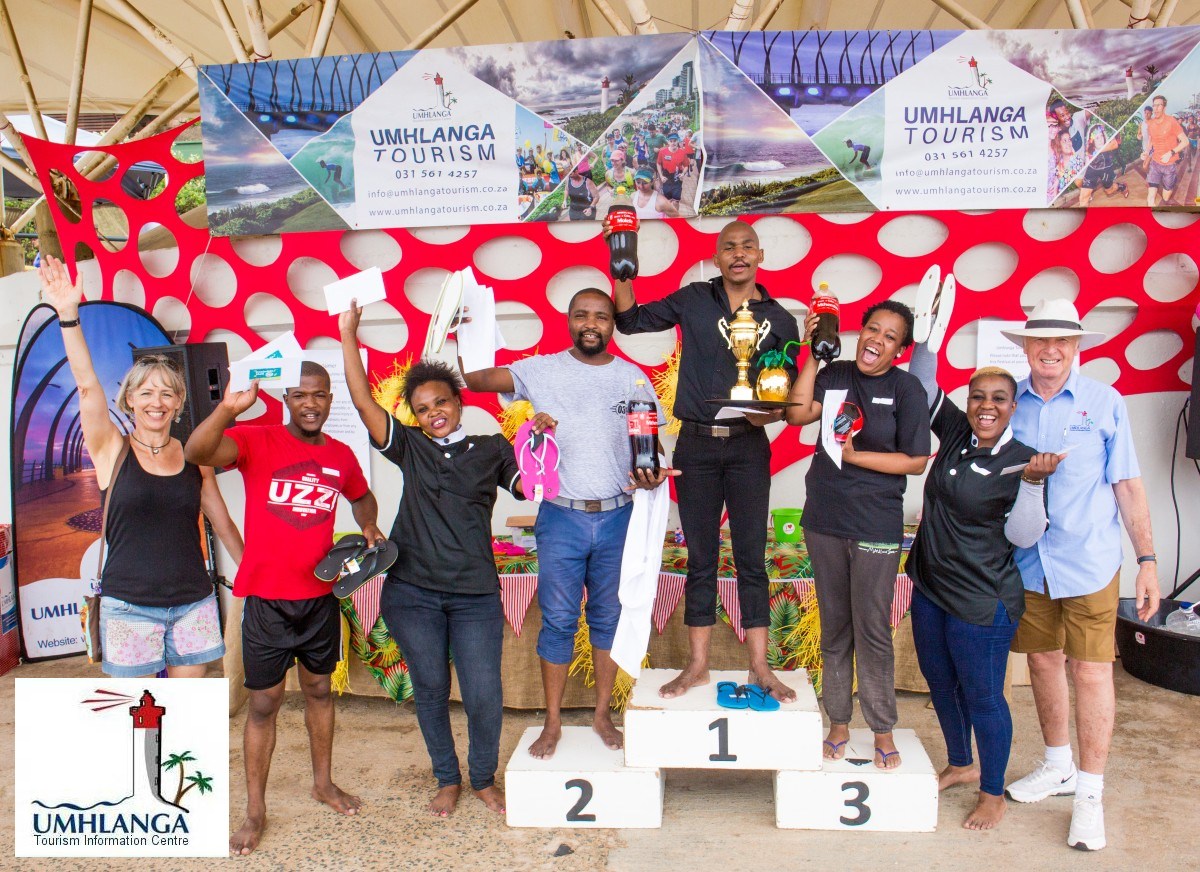 The Umhlanga Tourism Summer Festival 2018 finished on Sunday 23 December in wacky style with a loopy new activation: the Waitronathon. The Waitronathon was a beach obstacle race for waitrons in the Umhlanga area with prizes for first, second and third place. Participants, winners and organisers were delighted with the fun spectacle and they feel that this event has legs to grow in the future.

The obstacle race was set out in front of the Millennium Stage using a series of simple hoops. Runners had to hop, run in circles, jump and carry an egg and spoon without dropping the egg. It looked quite easy from the sidelines but – clearly – ploughing through beach sand on one leg in dizzying circles was far from easy! As they flagged, the runners were cheered on by bystanders. Participants, dressed in their uniforms, and taking time out from work, hailed from Gecko Catering, Beach Garden Café & Events and La Spiaggia, Umhlanga. Well done to you all – we salute you!

Generous sponsors, together with Umhlanga Tourism itself, made some lovely prizes possible:

Each winner also walked away with: a pair of tickets to Bounce and to Nu Metro (both at Cornubia Mall), Dupé flip flops, Coca Cola.

Winners were as follows: