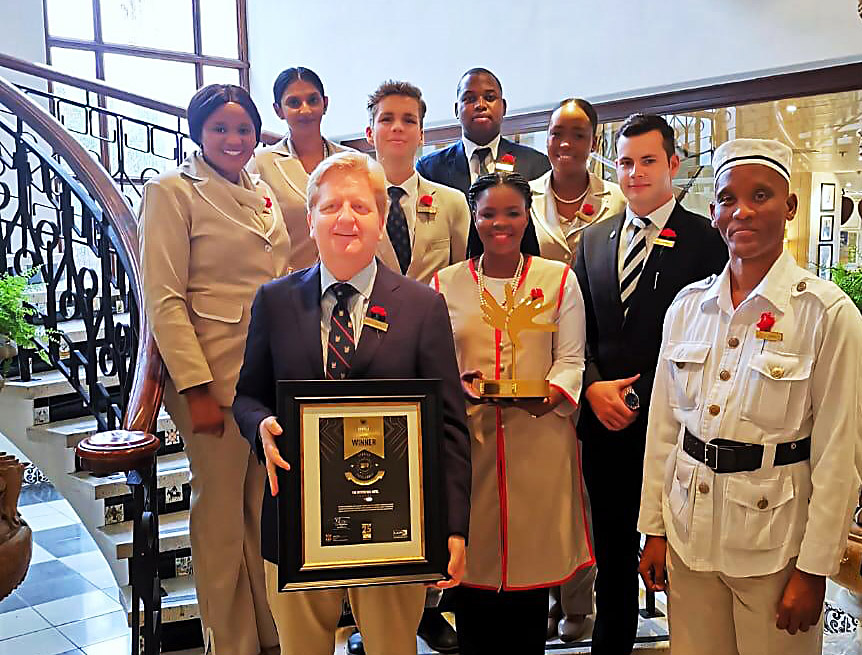 The Oyster Box Hotel has done it again. The Umhlanga landmark took the trophy for best five-star hotel for a fifth year in a row at the national Lilizela Tourism Awards.

The hotel was one of seven KwaZulu-Natal (KZN) tourism businesses honoured at the finals, in Pretoria at the weekend.

The annual awards, which recognise excellence in South Africa’s tourism and hospitality industry, drew hundreds of entries. In total, 66 winners were named in a range of categories, with KZN and its FunShine Coast well represented.

Wayne Coetzer, the hotel’s general manager, paid tribute to his “tireless” colleagues. He credited them with the victory, saying they had consistently delivered exceptional service.

“The Oyster Box is an institution in South Africa, and the awards and status are recognition of our wonderful staff who go out of their way, day in and day out to create incredible memories for all our guests.

“In my many years of working in hotels, I have learnt that people are your business and the key to a successful business is looking after its people,” said Coetzer.

He also thanked guests for voting for the hotel. “They are the reason we go out every day and try to do better.”

The awards were 80% based on consumer reviews in the form of votes on the Lilizela website and scores on TripAdvisor, the international travel, hotel and restaurant review site. The balance of the score was awarded by a panel of Lilizela judges.

But the win was bitter-sweet for Coetzer. He is set to leave The Oyster Box for Vergelegen, the historic Cape wine estate, where he has been appointed managing director.

“Whilst I leave KwaZulu-Natal and The Oyster Box with a heavy heart, I look forward to the new challenges that await me,” he said.

Coetzer has been at the Umhlanga hotel for 18 years. He worked for the original owners, Wayne and Margie Reed, for six years as director and then for 12 years as general manager for Red Carnation Hotels.

The other KZN winners at the nationals on Saturday evening, 9 November, were:

Apart from The Oyster Box, a number of FunShine Coast tourism operator’s made it to the finals. They were:

“Thank you to the men and women who… go an extra mile to ensure tourists that travel to our country enjoy a memorable experience. Providing real authentic experiences to tourists is what will sustain and grow our tourism sector,” she said.

The awards, named for the Zulu word “Lilizela’’ which means celebrating and praising by ululating, recognised exemplary service in the tourism sector. These range from accommodation establishments and tour operators to scenic attractions and cultural heritage sites.

Entry to the awards was free and tourism businesses of all sizes were encouraged to enter.

For a full list of the 2019 Lilizela Tourism Award winners, visit www.lilizela.co.za .