Plenty to trumpet about: why disabled folk love Umhlanga

February 28, 2020 | Umhlanga Tourism | Comments Off on Plenty to trumpet about: why disabled folk love Umhlanga 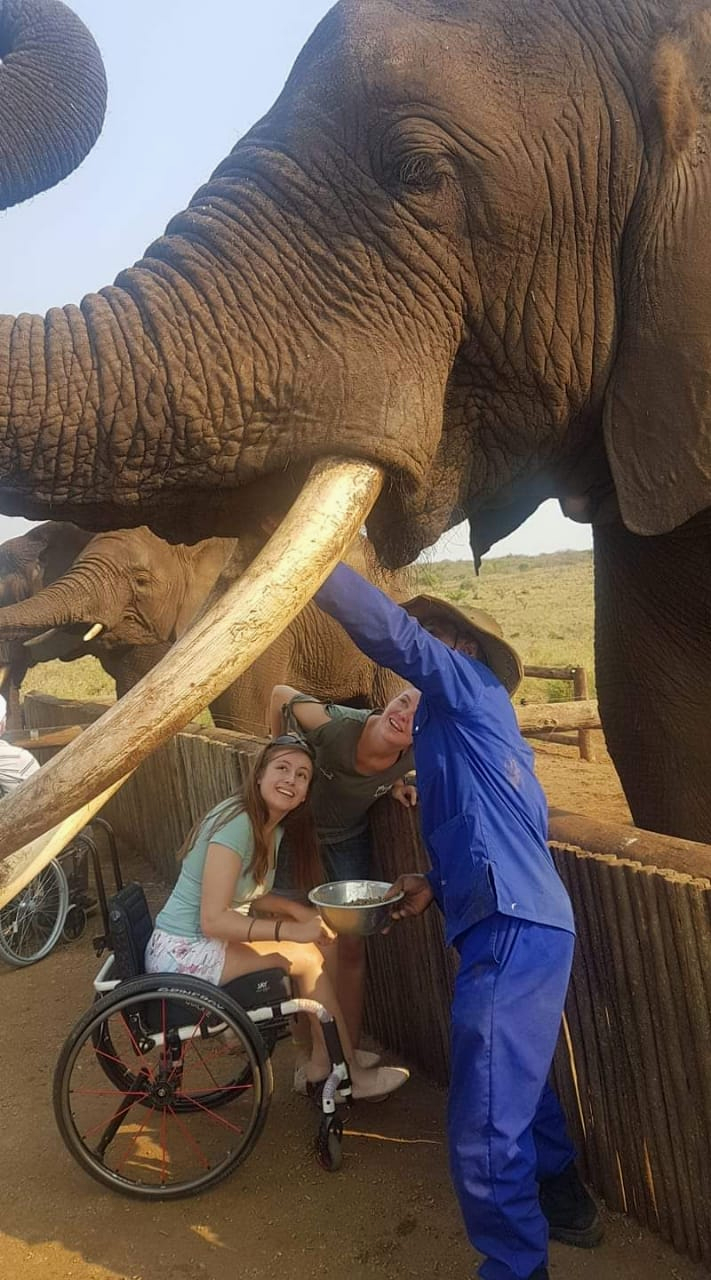 Accessible, family-friendly facilities, good shopping and its nearness to the airport make Umhlanga a hit with disabled tourists. That’s according to Jennae Bezuidenhout, of Access2Africa Safaris, an award-winning tour operator that caters for the needs of people with disabilities and their families.

Bezuidenhout, who was speaking to Umhlanga Tourism ahead of International Wheelchair Day, on 1 March, said her guests regularly visit Durban.

They especially enjoy the beach wheelchairs and snorkeling at uShaka Marine World.

And when in Durban they usually stay at Umhlanga Protea or Royal Palm in Gateway, which “have excellent accessible accommodation”.

“They spend a few nights at the end of safari in Umhlanga, also because it is close to the airport –  very easy access.”

She said guests enjoyed Umhlanga’s hotels, which were both family-friendly and accessible – a combination that can be hard to find.

Umhlanga was “great for large groups” who needed accessible accommodation.

“Hotels at Gateway are close to each other, which is convenient and each hotel has one or two accessible rooms. Gateway is also very popular with guests for shopping before departure,” she said.

She was preparing for a group of 30 who would be staying at Road Lodge and City Lodge in Umhlanga, which offered “very good budget accommodation”.

The group, which was due to arrive from Britain on 3 April, included four wheelchair users and professional carers.

They would be heading to Hluhluwe, where they were volunteering at at Khulani Special Needs School, on Sodwana Road.

The volunteers would assist with schoolwork, sports and a host of other activities.

She said Access2Africa Safaris liked to take its guests to Khulani to meet the pupils and teachers.

It was also a way of helping the rural school to raise funds.

The group would spend the last night of their visit to the country at Road Lodge and and City Lodge in Umhlanga.

Buildings in Umhlanga tended to be newer than elsewhere, so more likely to comply with the Grading Council of South Africa’s Universal Access grading scheme.

The couple’s own disabilities have given them a good understanding of the needs of disabled people across the board.

She said they catered for wheelchair users, deaf, vision and deaf/blind guests.

Most come from Britain, France and elsewhere in Europe, the US, Canada and Australia.

“We also hosted a ventilator user from Australia who visited with his six nurses,” said Bezuidenhout.

The visit was made into a documentary which was screened in Australia.

Bezuidenhout, a former school teacher, said after her husband’s injury they came to recognise a need for accessible tours and safaris in KwaZulu-Natal and Hluhluwe, where they live.

Access2Africa Safaris started trading in 2008 and has hosted many guests.

She said their home base was well positioned for disabled tourism, being in the same region as a number of big attractions.

“The distances are relatively close, which is important for wheelchair users,” she said.

Hotels in the area were able to cater for two or more wheelchair users. This made it possible to host large groups.

She made special mention of Leopard Walk Lodge in Hluhluwe, which has four accessible units – “beautiful chalets in forest”.

They tailor-made tour itineraries to the needs and interests of guests, but highlights included:

Bezuidenhout said KwaZulu-Natal was “a paradise” for tourists, “a combination of beaches and safari regions”.

She said the work brought her a great deal of satisfaction.

“We have seen how guests who are frail arrive and are different people once they leave… nature heals. Experiencing the joy on guests’ faces when on safari and seeing the wildlife is extremely rewarding,” she said.

Bezuidenhout said the secret to working with disabled guests was to ensure personal service and attention at all times.

And it was necessary to be flexible with needs, especially morning routines.

“The challenge with all guests is that every person with disability has different needs and perception of accessibility. We coordinate  for all individual guests according to their needs.”

Then there were the little things (and not so little things) that made a visit more comfortable and pleasant: extra pillows in the vehicles; foot cushion; foot rests; and portable Wi-FI routers at the lodge in Hluhluwe so guests, especially those travelling alone, could keep in touch with friends and family.

“We provide carers if required to assist guests. Vehicles have ramps, tie-downs and enlarged windows for better viewing,” said Bezuidenhout.

The Bezuidenhouts share their Hluhluwe home with two children who they regard as practically their own, Fiona, 16, and Ambi, 9.

Fiona’s father was JJ’s carer and Ambi’s mother works at a nearby lodge.

JJ is an accomplished mouth painter and wildlife artist. He is a member of the international Mouth and Foot Artist Association.

And he takes great joy in reaching out to people and inspiring others with his work, which is especially popular with children.

One of his special projects was spending time with rural special needs and disabled children, teaching them how to sketch and paint by mouth – something few have seen or done.

For more details about Access2Africa Safaris visit http://access2africasafaris.com/ or their Facebook page, or contact Jennae Bezuidenhout at jennae@vodamail.co.za or at 00 27 71 675 3291.

Now read…. a bloomin’marvellous B&B and the conference venue is wheelchair-friendly too

Posted in Umhlanga General, Umhlanga Rocks - Things to do