Umhlanga Lagoon – delight in the details

August 11, 2020 | Umhlanga Tourism | Comments Off on Umhlanga Lagoon – delight in the details 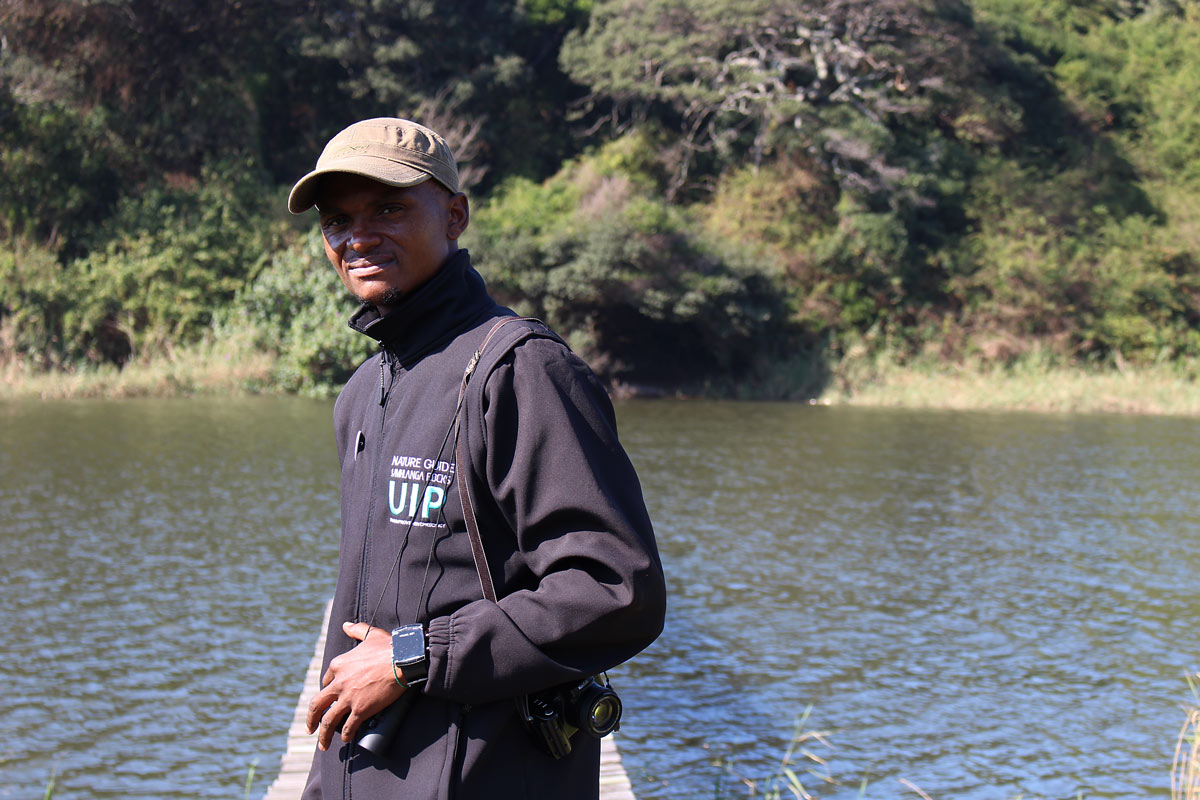 Umhlanga, as we know, gets its name from the Zulu for “place of reeds”. The wetland plants grow in abundance at the mouth of the Ohlange River, to the north of the resort-town. There are two species: common river reeds (Phragmites australis) and bullrushes (Typha capensis).

Crafters use the bullrush (ibhuma, in Zulu) for thatching, mat and basket making.

But what of it?

Well, it may be that the sweeping scenes attract us to places like the Umhlanga Lagoon Nature Reserve. We look at it from a distance and ponder the play of light on water; how the green of the vegetation contrasts with sand and sky.

But it’s the intriguing details up close that keep us hooked and reveal a deeper beauty.

The 26-hectare reserve has both by the bucketload.

And with the easing of hard lock down restrictions in June, the public have been trickling back to enjoy it, treading its wooden walkways and coastal forest trails.

Soon, with any luck, guided tours will resume.

That would be a welcome because unless you are especially knowledgeable about the natural world you risk missing a lot.

Here’s where a knowledgeable and enthusiastic nature guide like Bongani Chisale really helps.

Chisale is employed by the Umhlanga Urban Improvement Precinct to guide walkers in the reserve.

He’s good at bringing to life its many details, things that might otherwise pass unnoticed.

The brochures and promotional material will tell you the lagoon is home to more than 200 species of birds. But you would be extremely fortunate to see even a fraction of these.

Some are rare, such as the African fish eagle (Haliaeetus vocifer) and the African black oystercatcher (Haematopus moquini), but a lot of it is down to the season.

In the wintertime, for example, you won’t see yellow and thick-billed weavers. They are gone by March or April. But come early summer and you cannot miss them.

They arrive in October or November to build nests. In the case of the thick-billed weaver, one for roosting and a modified nest for breeding, says Chisale, pointing to a surviving example.

“In summer we have beautiful flowers… now we focus on other things,” he says.

Certain birds or animals are rarely seen, at least in the obvious sense, but Chisale works to fill the gap.

After a briefing, we set off from a parking lot at Breakers Resort.

Below us lies the lagoon. Before development it was considerably larger, says Chisale

Within a few score metres we make our first sighting.

At a little stream, near an old pump house, once a source of water for Umhlanga Village, Chisale points out oval-shaped impressions in the damp gravel.

A bushbuck (Tragelaphus sylvaticus), he says.

These are elusive creatures and you can count yourself fortunate to see one in the flesh. But if you know where to look, there is a goof chance you will spot its spoor.

“I have a little experience in tracking. Whenever I get a chance, I try by all means to practise,” he says, pointing to where, he reckons, a cane rat has been feeding.

In the colonial era, Indian labourers from Sir Marshall Campbell’s sugar estates would come down to the lagoon in their spare time to grow rice in its upper, freshwater reaches, says Chisale.

We go a little further, to the end of a boardwalk, where Ezemvelo KZN Wildlife field ranger David Mguni stands duty.

Chisale gestures to the ground again.

An otter, he says, before pointing out more bushbuck tracks, leading to and from fresh water.

We say hello to Mguni, busy recording visitor details – required under Covid-19 rules – before we plunge deep into the forest.

We pass under the boughs of many big coastal hibiscus.

From time to time Chisale pauses to identify a bird.

“Willie,” he says, repeating the bird book’s approximation of its call.

“That is a sombre greenbul.”

In his student days (he has a diploma in Nature Conservation), Chisale confesses to paying little attention to birds.

But after starting working at the reserve, about one-and-a-half years ago, he has made up for lost time.

His Ezemvelo colleagues have helped bring him up to speed, especially with the Zulu names for birds and trees.

The recent hard lockdown proved to be a blessing in disguise too.

The 27-year-old says he used the downtime to pore over his bird books.

Three in five of the people he takes around the reserve are birders or have at least an interest in the subject, he says.

Much of the reserve is coastal forest. It’s a continuation of the adjoining Hawaan Forest, a private reserve owned by Tongaat-Hulett, the sugar cane and property company, on the other side of the M4 highway.

Forests mean trees and here Chisale has built on knowledge acquired as a herdboy, walking the veld in Maphumulo, north-west of Stanger, and during the tree identification part of his studies.

“A lot of people come for the trees; I am covered,” he says, adding that his personal experience of Zulu culture, growing up in Maphumulo and his knowledge of the region’s plants and their traditional uses, have proved valuable to guiding.

“A lot of guests ask to hear about medicines. How African people relate to nature,” he says.

We pause to study a thorny elm tree (Chaetacme aristata).

It’s a hardwood, known to Zulus as umbambangwe.

Bulbous swellings at the base of branches make it the first choice for fashioning knobkerries – clubs traditionally used for hunting or striking an enemy on the head.

A little farther on we reach the oldest tree in the reserve.

It’s a white stinkwood, or umvunu (Celtis africana), believed to be 250 years old. It must have been standing before Shaka’s impis ranged through these parts.

These trees were traditionally used as a signboard, he says, explaining that their bark preserves scratch marks clearly. You might, for example, leave a sign for a fellow hunter warning of leopards.

Stinkwood is prized for making high-quality furniture and was heavily felled across the country over the past few centuries. Today it’s a protected species.

Warming to the subject of trees, we check out some Natal hickory or umbhuku (Cavacoa aurea).

Its wood is used for making “play sticks”, as Chisale puts it.

Otherwise known as fighting sticks, these are still used by Zulus for traditional stick fighting, a form of jousting.

It’s a hard-hitting sport, but the blows are not intended to be lethal as tends to be the case when a knobkerrie comes crashing down on a skull.

We stop often to look around during the walk.

A little blue duiker (Philantomba monticola) gazes at us shyly while grazing in dense bush.

“I can talk all day long about this tree,” says our guide of a buffalo thorn tree (Ziziphus mucronata).

We are looking at a big tree, partly fallen over in the thin coastal soil. Part of its trunk is growing parallel to the ground. A few paces away, another section of trunk sprouts up from the ground so that it looks like another tree.

Chisale says the umlahlankosi, as it’s also known, has great spiritual significance in Zulu and other African cultures.

Chiefs were buried under these trees. And a branch of it can be used to capture the spirit of someone who has died far from his home and to transport it back for ritual cleansing and purification before it can be introduced to the ancestors.

Speaking about cleansing and purification – but of a completely prosaic sort – we did find some strange blue leaves. They are plastic kitsch – props used for a wedding photo-shoot or something similar in the forest.

Sadly those involved didn’t bother to tidy up after themselves – making more work for the Ezemvelo KZN Wildlife staff.

That aside the reserve appears largely pristine and it was a delight to emerge a little later from under the trees, into the warm winter sun.

Before us lay another boardwalk which led over water to a big forest-covered dune and beyond that, the sea.